Book by Mike Lew and Rehana Lew Mirza; Music and Lyrics by Samuel Willmott
9F, 8M
​
BHANGIN’ IT draws inspiration from the high-stakes world of intercollegiate competitive bhangra - a traditional Indian folk dance morphed into a good ole American dance-off. The story follows a biracial student, Mary, who gets kicked off her bhangra team for not being "Indian enough".  When she forms a team of her own, cultural authenticity and cultural pluralism are set on a collision course in this brash, intoxicating and gripping new musical.

A co-commission with Rehana Lew Mirza from La Jolla Playhouse, the Colonialism Project is an ambitious time-spanning trilogy about colonialism and its aftermath. Through three interconnected full-length plays that together comprise an epic evening of theater, this work seeks to trace the scars of colonialism across nations and centuries, from British Raj in India, to plantation labor in the Caribbean, to the ripple effects of colonialism in America today. 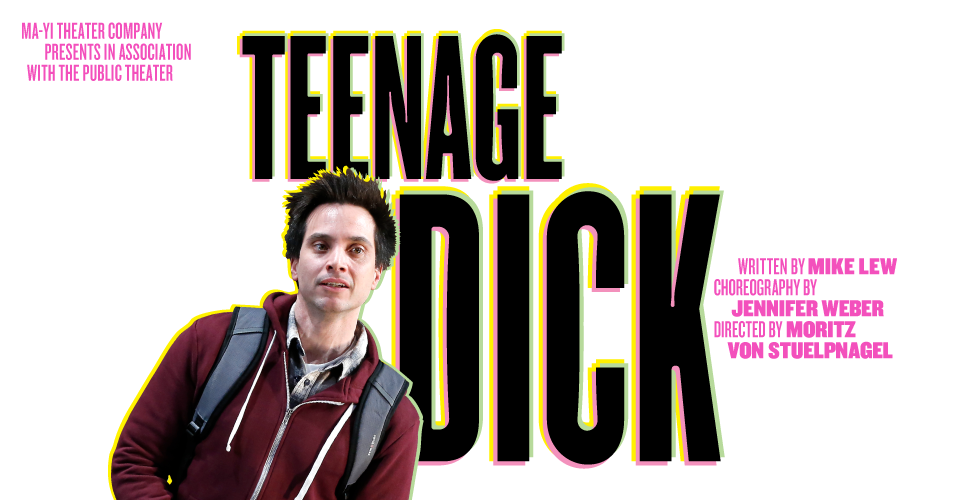 3W, 3M (inc. one actor with CP and one wheelchair user)
(Rights/Script Upcoming from DPS; script also available in Theatre Forum magazine)
​
NYT Critic's Pick. A brilliantly hilarious take on Richard III, Shakespeare’s classic tale of power lust, Teenage Dick reimagines the most famous disabled character of all time as a 16-year-old outsider in the deepest winter of his discontent: his junior year at Roseland High. Picked on because of his cerebral palsy (as well as his sometimes creepy Shakespearean way of speaking), Richard is determined to have his revenge and make his name by becoming president of the senior class. But as he manipulates and crushes the obstacles to his electoral success, Richard finds himself faced with a decision he never expected would be his to make: is it better to be loved or feared? (A commission from The Apothetae.)

“I found the play exhilarating. It suggests how much richer the theater will be when it is truly open to artists of all kinds. Not just because those artists deserve employment but also because the canon of classics deserves reimagining to match our world.” – Jesse Green (New York Times 6/20/18) 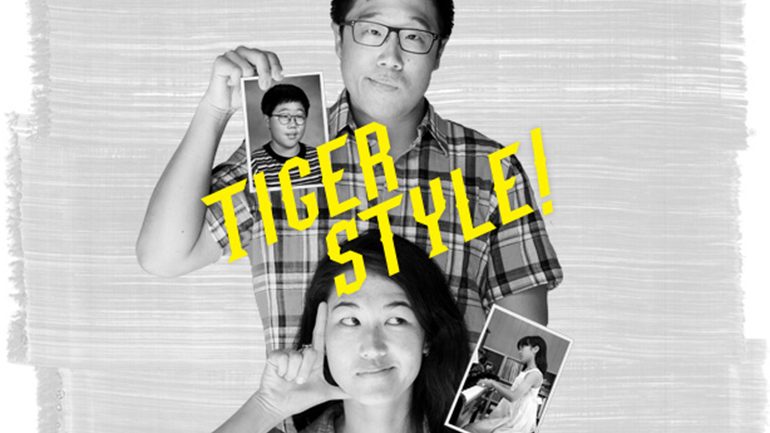 Albert and Jennifer Chen were at the pinnacle of academic achievement. But now they suck at adult life. Albert's just been passed up for promotion and Jennifer's just been dumped by her loser boyfriend. So they do what any reasonable egghead brother and sister would do and go on an Asian Freedom Tour! From California to Shenzen, "Tiger Style!" examines the successes and failures of tiger parenting from the point of view of a playwright who's actually been through it.

“What most sticks in the mind about Tiger Style! is Lew’s highly original playwriting voice, distinguished by a winning wit and a playful sense of provocation… [a] singular play, a cultural mixmaster of laughs, attitude and insight.” –  James Hebert (San Diego Union Tribune 9/15/16)

“A sharply observed comedy… Tiger Style! manages to generate an impressive number of comic sparks from the collision between expectations and outcomes.” – Don Aucoin (Boston Globe 10/27/16) 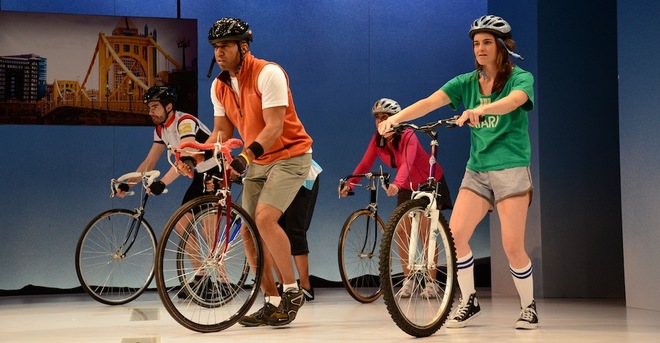 
​Bike America is a wildly theatrical picaresque journey that crams the entire continent onto one stage. The play unfolds as a cross-country bike trip from Boston to California, with stops in big cities and small towns along the way.   Our feckless heroine Penny is looking to bring more meaning into her life, to find a lifestyle that suits her and a town that feels like a home... so she drops her clingy boyfriend in Beantown and takes off for Santa Barbara! Along the way she befriends a colorful crew of bikers: Ryan, the health nut biking instructor; Tim Billy, the innocent wanderer; Annabel and Rorie, the badass activists seeking to get gay-married in every state they hit on the trip; and the mysterious Man with the Van who carries their stuff. Bike America is a multi-state, multi-generational odyssey to discover our obsession with happiness.

“Bike America is a trip full of verve... It’s easily one of the better new plays by a young American writer I’ve seen in a long time” - Joseph Cermatori, Village Voice

“Lew adroitly captures the cross-country genre in his own uniquely cartoonish way, elevating the United States to a mythical land full of magic and monsters.” - Zachary Stewart, Theatermania 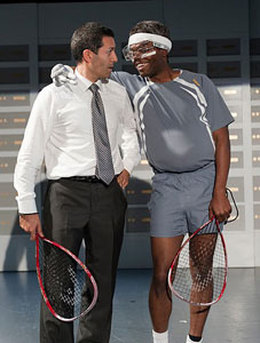 Set fast on the heels of the Great Recession, microcrisis jumps seamlessly between the U.S., Ghana, and Monaco to depict the world’s next financial crisis. The play hinges on the Nobel Peace Prize-winning concept of microcredit, the small loans to budding entrepreneurs meant to alleviate Third World poverty. microcrisis is a hilarious comedy about what happens when a banker named Bennett exploits microcredit loans, lumps them into complex financial instruments, and crashes the global economy.

Meet Fitz, EB, and Marie: three of the most fun, least motivated girls you'll ever see. They live in Stockton, California: birthplace of the art world darling Kara Walker and the graffitist Neck Face, home to an ok-but-not-great farmers’ market, and also the largest city in America ever to declare bankruptcy. Watch Fitz being haunted by Kara Walker’s maniacal talking silhouette! Watch EB reform the Stockton school system! Watch Marie follow Neck Face down a trail of graffiti that ends in wet paint… 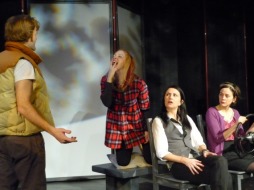 It's 1969 at UC Berkeley. A wave of student radicalism is tearing apart the university, and it may be spreading to campuses nationwide. Meanwhile, Florence Wu and her boyfriend Benedict Chen are up in their room studying organic chemistry. People's Park tracks the violence and the activism of the 1960s through the eyes of people at the fringe of the Movement. Personal dreams collide with political conscience, testing the limits of mentorship, friendship, and love.

A multi-generational story of a Japanese salmon canner and his family, depicted through multiple interweaving camping trips in Seattle’s Iron Horse Park.

Far away in the heavens, two gods are at war with each other, crafting worlds made of paper. On a lonely island, a paper man and a paper woman get ready to set sail in their fragile paper boat…

A one-woman play that tracks the family history of four sisters, all played by the same actress. The oldest, Jook and Mei, were abandoned in China when their father decided to move to America. The youngest, Betty and Karen, grew up in Fresno without ever knowing their sisters. When the four are reunited as adults, they must reckon with having cultures and lives that are worlds apart.

A series of interwoven Biblical vignettes, told from the perspective of minor characters from the New Testament.